Innovation in radio: Is your team ready for change?

Innovation doesn’t reside in the technology itself, but in the mindset shift that technology enables. That’s something you have probably heard or read countless times at this point. There’s a missing piece in that sentence though: technology doesn’t automatically trigger change in our way of thinking. It’s not as easy as “we implement and the magic happens”.

It is extremely hard changing our mental structures, even when we are willing to. Years, if not decades, of limiting conditions have constrained our capability to see beyond.

Let’s talk about our industry, radio. In the world of three audience figures books per year, being forward-looking, cutting-edge, innovative, has been often considered risky. When all your insights are gained by surveying the perceptions of a bunch of individuals twice per year, doing something radically new on-air might be a liability that your radio station cannot afford. Fear has been inculcated to radio professionals for long time. A brilliant idea could turn out to be a big failure as you receive your ratings, three months too late.

As founder of Voizzup, I would passionately tell you about the power of transformation within our continuous evaluation service for on-air content. I’ll be honest: like any other piece of technology, it doesn’t produce the miracle just by itself.

In early conversations about Voizzup, a friend (with decades of experience in radio programming and consultancy in the United States) told me that PPM had desisted, years back, from delivering daily ratings. Programme directors were freaking out. Many of them were over-reacting by removing elements and revoking decisions, just after one disappointing performance figure on the previous day. An opportunity for ending uncertainty turned into precipitation driven by fear.

One of the most demanded features in our meetings with stations is real-time data. We always refuse. Continuous evaluation allows you to reach solid conclusions, by repeating tests during a short period of time. No need to rush while live on-air. Unless you free your mind from old constraints, you will see tools as new means to remain being conservative.

Our client BNR Nieuwsradio is discovering how news topics burn over time, how polarizing contents impact on listening behaviors, how listeners secretly engage with stories they would reject in a focus group. Findings at this level and with this granularity were unthinkable for them without our tool, and the methodology this tool unfolds. Both would have been futile, though, if the team at the station had not had the right mindset, for instance, to run experiments for weeks.

That mentality was already present in the company when they first contacted us. Probably because the older brother of this radio station is a financial newspaper, Het Financieele Dagblad. From our first meeting, my partner at Voizzupand I had the feeling that the structure of the entire FD group had been designed for embracing innovation, for adapting to change, like probably most of the newspapers which have survived.

BNR team embraced Voizzup’s scientific approach, putting it to work at the service of creativity, talent, intuition, radio and journalistic expertise. Just because they were ready for it.

Big data speeds up learning cycles and facilitates a more agile radio programming. As long as we are prepared to overcome fear to fail.

Aligned with this idea is our contest for winning a ticket for Radiodays Europe, to be held in Amsterdam from March 19th to 21st. We would like to be joined by passionate radio makers who believe continuous evaluation helps them boost creativity. 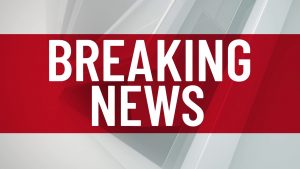 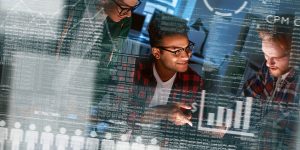